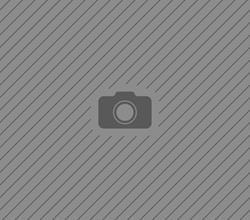 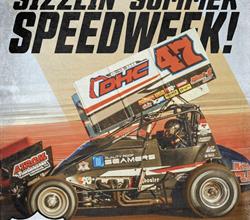 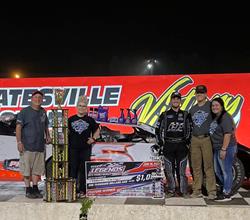 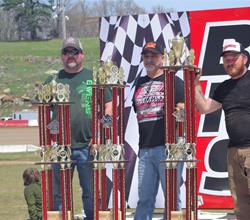 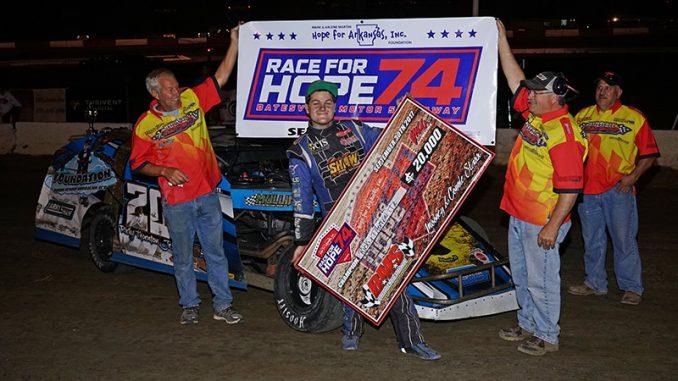 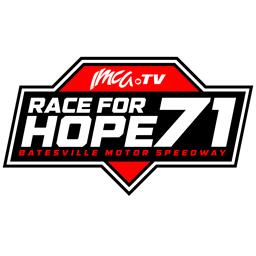 “This one is definitely at the top of my list of races I’ve ever won, honestly,” said Thornton in vic­tory lane following the Fast Shafts All-Star Invitational ballot qualifier. “It’s definitely the most money I’ve ever won. It’s pretty cool to get it done in Larry Shaw’s backyard.”

Preliminary night feature winners Kyle Strickler, Justin Kay, and Jordan Grabouski led the 27-car field to the green for the three-wide start. Strickler grabbed the lead on the opening lap while Grabouski settled into second. Kay and Thornton both moved by Grabouski on the low side on lap four to take second and third, respectively.

By halfway of the first 40-lap segment, Kay remained within five car lengths of Strickler, as the lead duo distanced themselves from the rest of the field. Thornton found speed running the mid­dle of the track, which allowed him to close in on Strickler and Kay.

Thornton drove around Kay for second with 26 laps in the books before he set his sights on Strick­ler. In lapped traffic, Thornton squeezed around the outside of Strickler to take the point on lap 30.

“The car was really good. I was just keeping my pace. I actually messed up and went to the high side and found some rubber up there,” said Thornton. “That helped me get by Kay and Strickler. Once I got to the lead, we kept getting yellows, but I knew I just had to keep hitting my marks.”

In the closing stages of the opening segment, Grabouski came charging forward. Grabouski passed both Kay and Strickler to steal second and follow Thornton Jr. to the lap 40 fuel stop.

As the green flag flew for the final 34 circuits, a three-wide battle for second shuffled Grabouski back to fourth as Strickler claimed the runner-up position with Kay in tow.

Restarts were the key for Thornton n the second segment as a series of cautions punctuated the final half of the event.

With 18 laps to go, Grabouski’s solid run came to an end when he made heavy contact with the outside retaining wall on the back stretch in a four-car melee.

Thornton opened up a 10-car length lead over Strickler in the closing laps as he raced to the inaugu­ral Race For Hope 74 championship uncontested to the checkered flag.

“My biggest concern was weight,” said Thornton. “We took some weight off before the feature because we knew that if it took rubber, we wouldn’t want any extra weight swinging the car around. But we were good. We had 20 pounds to spare.”

Justin Jurgens won the Race of States while Clay Norris picked up the Manufacturers’ Race.

Both the Race of States and the Manufacturers’ race paid $1,000 to win.

Presenting sponsor for the Race For Hope 74 was Sweet Manufacturing.