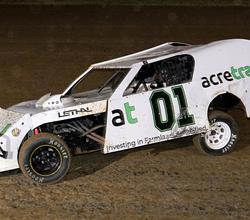 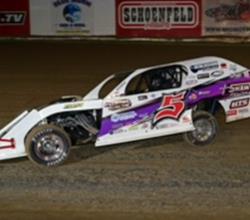 9/23/2022
BATESVILLE, Arkansas . (09/22/22) – Jeff Taylor raced to victory lane on Thursday night with a $4,000 triumph at Batesville Motor Speedway for night 1 of the Race for Hope 71. From the fifth-starting position the Batesville, Ark. racer took the lead on the final laps from...more 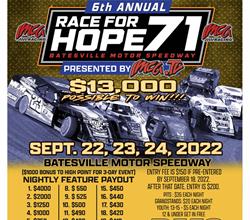 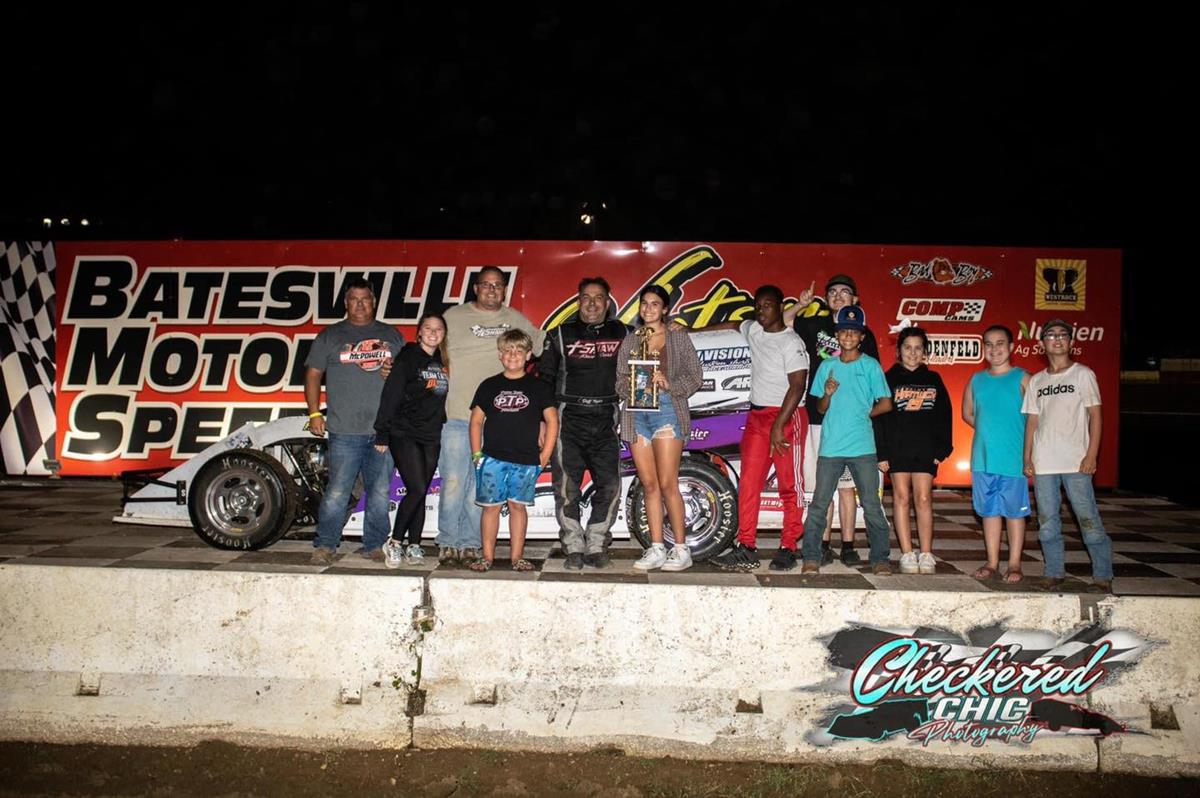 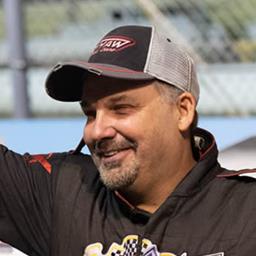 “It was a great weekend for this team. We had to really work for it both nights. On Friday, we started 11th, and Peyton (Taylor) looked like he was going to be tough to beat, but he broke there, and we got to the lead and the win,” Taylor commented. “Then on Saturday we started 10th, took the lead around lap 11 and got another one. We’ve got a solid piece right now, and I’m just thankful for everybody, who makes our program possible.”

Racing through the field, Taylor took the lead following a lap 15 restart and cruised to the victory from there. He crossed the finish line 2.424 seconds in front of Brandon Smith, Chad Philips, Roger Witt, and Travis Mosley.

Action continued on Saturday night, and Jeff passed three competitors to finish fourth in his heat race win. Lining up 10th on the feature grid he found his way to the lead by lap 11 and topped his brother Peyton Taylor by 1.881 seconds to notch his second win in as many nights and his sixth of the year.

Following the brothers across the finish line were Brandon Smith, Roger Witt, and Travis Mosley.

Full results from the weekend are available at www.BatesvilleMotorSpeedway.com .

Jeff is currently working on his plans for the upcoming weekend, which will either entail a trip to Legit Speedway (West Plains, Mo.) or Southern (Ardmore) Oklahoma Speedway. Once his specific plans are finalized they’ll be posted on his online home at www.JeffTaylor5.com . 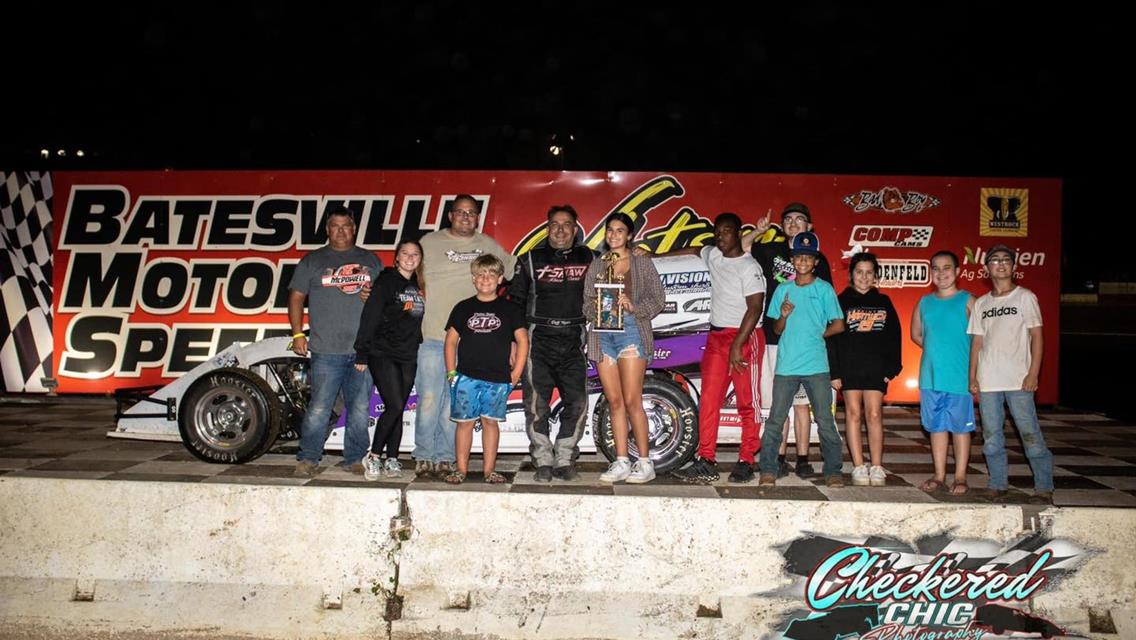 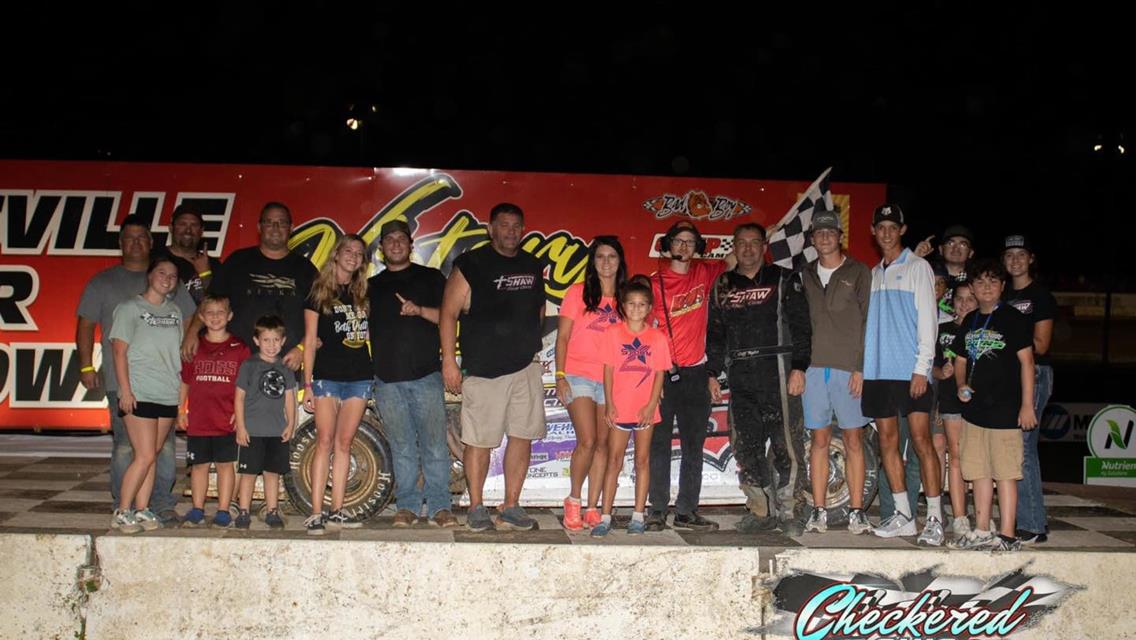